We are in trouble. By “we,” I mean all of us—every tribe, every nation, rich and poor, old and young, human and nonhuman. Every species on Earth is at risk, but only one keeps increasing the danger day by day. Humans are degrading all the systems that support life on this blue planet—the forests and freshwaters, farmlands and grasslands, atmosphere and oceans. Deserts are spreading, glaciers are melting, seas are rising, fisheries are collapsing, storms and floods and wildfires are increasing in frequency and destructiveness. While our own population keeps growing, the populations of our fellow creatures are crashing. The rate and scale of devastation is unprecedented in human history.

You know this, I suspect, even if you do not live in a place where the havoc is obvious. The damage to the natural world caused by our swelling numbers and unbridled appetites has been abundantly documented in books, films, scientific reports, and the daily news. Rather than pile on yet more daunting evidence, in these essays I seek to understand how we stumbled onto this path toward ecological ruin, and how we might change direction. Clearly, we can change direction, because millions of individuals, organizations, and communities, across America and around the world, have chosen a more promising path, embracing conservation and pursuing restoration. Unless you have been scouting around for alternatives to the industrial growth economy, you may not be aware of these hopeful efforts, because the good news about solutions to our planetary crisis tends to be drowned out by the bad news about Earth’s unraveling.

Praise for The Way of Imagination

"A profoundly humane essayist, novelist, and nature writer finds glimmers of hope for a world in peril . . . What sets this collection apart is the manner in which he connects these crises and, even in his most despairing moments, assays our capacity for change . . . The author is no Pollyanna, but he puts his trust in our individual and collective imagination--not just science or the more benign tenets of religion--to conceive of and walk a more constructive path . . . Changing attitudes is our most difficult task. Sanders, an insightful guide, knows we have no choice but to try."--Kirkus Reviews (starred review)

"A comfort . . . It tells patiently and carefully the truth as you have troubled to know it and to live with it. I like your title, The Way of Imagination, by which you announce your commitment to a thoroughness contrary to the bad motives of anger, fear, and hate. Most of all, I am grateful for your refusal to single out one of our interdependent great problems as the most urgent. I take this as a courtesy to the likelihood that we can't solve one of those problems, all rooted in our habitual violence, without solving them all." --Wendell Berry, in a letter to the author

"The Way of Imagination is a dazzling, often heartbreaking, and ultimately healing meditation on the power of art to confront the existential threat that human greed and violence has foisted upon the earth. Scott Russell Sanders has written a vital book for this dark moment in history, demonstrating the truth of his insight that 'imagination keeps us from being trapped in the present arrangement of things.' His faith in the creative process as a shaping force for good is bracing, and his belief that we are called to love and compassion, notwithstanding the abundant evidence of human folly, is borne out on every page of this illuminating book." --Christopher Merrill, author of Self-Portrait with Dogwood 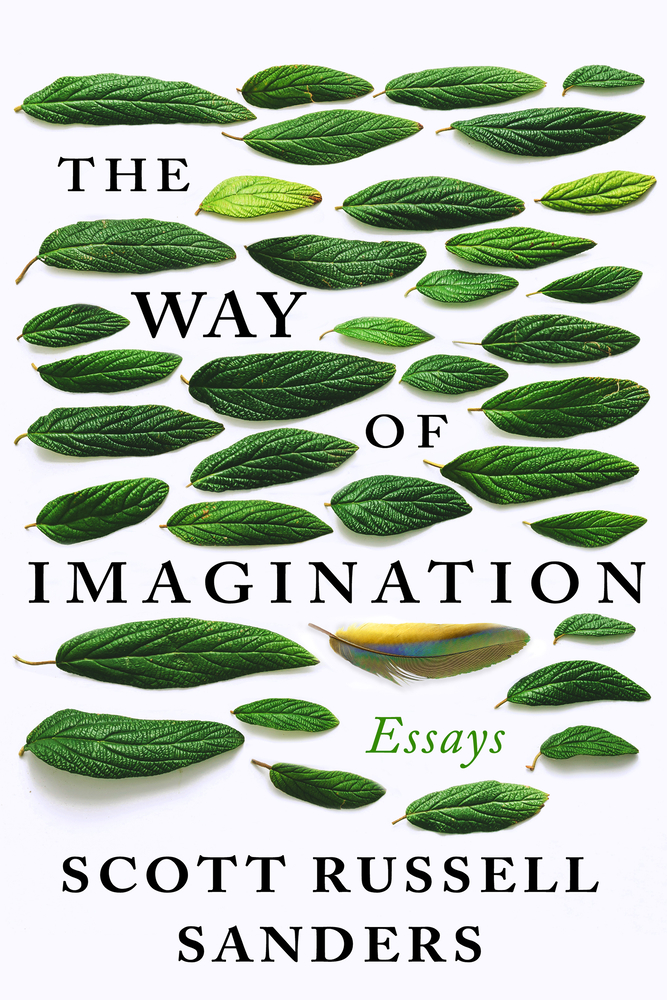 "Scott Russell Sanders is an honest man in a time of lies, a wise man in a time of foolishness, a healer in a time of wounds, and a beautiful writer in a time of ugly rants. His new book thus offers both solace and inspiration. Like Loren Eiseley or Rachel Carson, Sanders begins with the natural world and leads readers into the moral world, where wondering love becomes an urgent call to care." --Kathleen Dean Moore, author of Great Tide Rising

"To read Scott Russell Sanders is to be nourished by a thoughtful mind, a profoundly articulate voice, and a kind soul speaking from the American heartland. These essays praise the good long work of his life, inquiring into the sources of our destructive behaviors and the wellsprings of healing in the imagination. In speaking of both ecological and familial grief, Sanders brings to the fore his deep faith in our capacity to reimagine the human story." --Alison Hawthorne Deming, author of Zoologies: On Animals and the Human Spirit